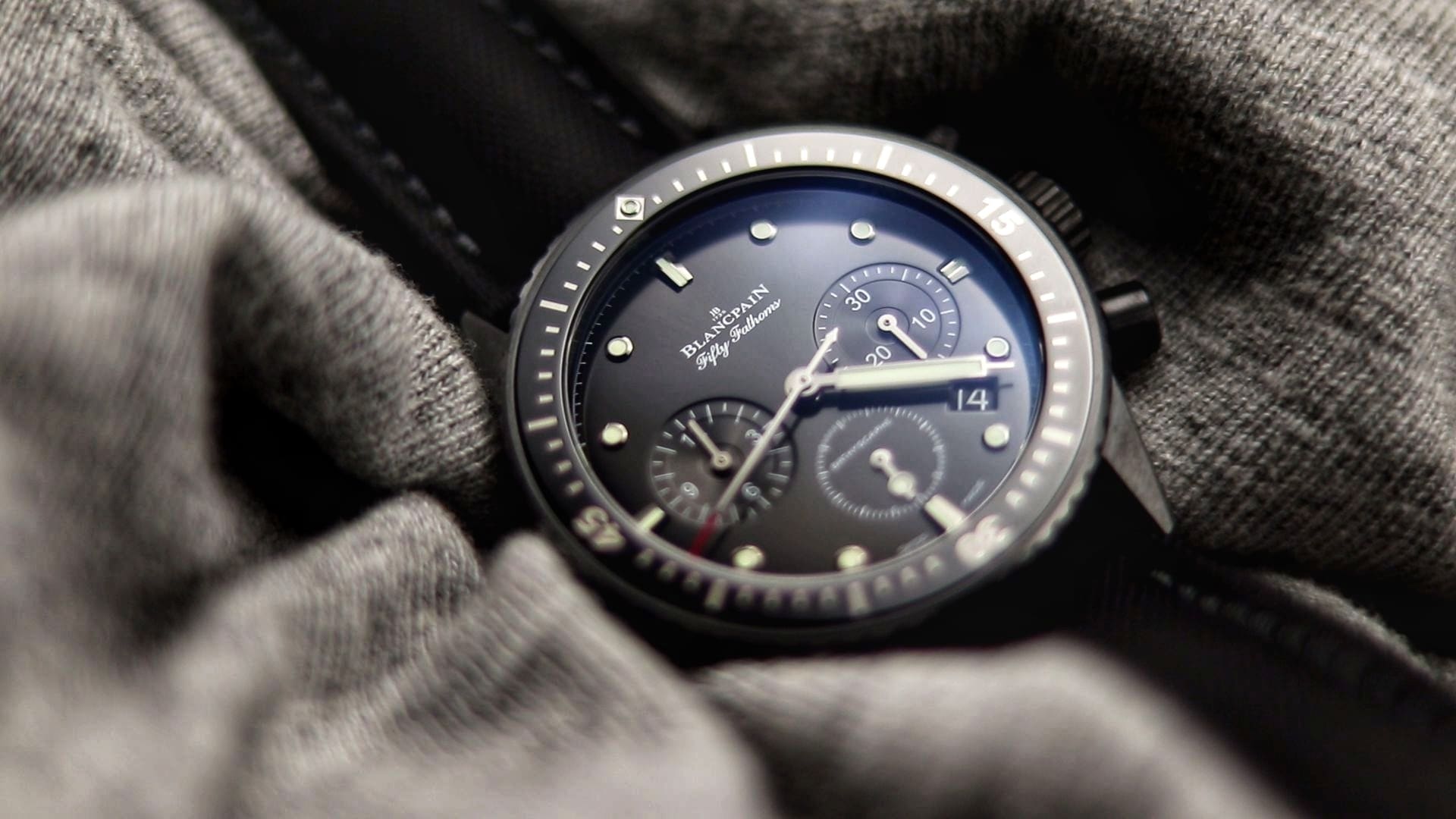 The Rolex Daytona is the most desirable watch in the world along side the Patek Nautilus. People might love it or hate it but 2 things no one can argue. The importance of the Daytonas history and the fact no one could get it anyway even if they wanted to.

The one thing the Daytona has over this watch is marketing. While Rolex is king at marketing Blancpain seems to fall behind. That said, that wasn’t always the case for the brand. Back in 1983 Jean Claude Biver and his friend Jacques Piguet bought the rights back to the Blancpain name.

Blancpain only had one watch at the time and Jean Claude Beiver had to think outside the box to make a statement in Baselworld. While other brand were showcasing hundreds of watches. Blancpain couldn’t show up to the table with only one watch. So they decided to show nothing at all…

The result? Well everyone that year was talking about Blancpain and asking one another if they’ve seen the watch or what was even going on. The fact that Blancpain was the talking point of Baselworld means though unorthodox. The marketing with absolutely genius.

Who knows, if Blancpain kept up that kind of marketing they would have been one of the unattainables right now. That said, marketing is only half the battle. What about their watches and their history. Before I tell you about their watches and trust me this one is incredible. Allow me to give you a breif history on who Blancpain is and why are they important in the watch world. Blancpain’s main highlight was their slogan during the quartz crisis was Since 1735, “Blancpain has never produced a quartz watch and we never will“. The key number here is 1735. That makes Blancpain the oldest surviving watchmaking brand in the world. in 1983, the acquisition made by Biver and Jacques Piguet came when the company was shut down, and the quartz crisis had already destroyed many watch brands. With the new ownership, Mr. Biver and his partner decided to go againts the quartz crisis while everyone was giving in and continued to keep the mechanical watch industry alive. Fast forward to 1950s we are introduced with the Fifty Fathoms. The Fifty Fathoms hit the market in 1953 and it was the first dive watch available to the public. Which is why, it actually predates other classics such as the Submariner and the Seamaster.

Fast forward to today and we have the Blancpain Fifty Fathoms Bathyscaphe Flyback Chronograph. A 43mm beast with a 15.5mm thickness. The case is made out of black ceramic along with a ceramic rotating bezel as well. The watch is a 300 meter chronograph, despite have pump pushers instead of screw-down chronograph pushers.

The movement inside this watch is a beauty to behold. Blancpain Calibre F385 automatic movement with a 50-hour power reserve. The chronograph features 60 second, 30 minute and 12 hour indicator with a date that I wish wasn’t there. The most interesting part about the chronograph is it is Flyback feature.

The ETA 2824 and 2836 are two of the most popular watch movements in the watch-making industry. Did you know?...

Anytime class and precision are required, Grand Seiko is instantly the name that comes to mind. Grand Seiko produces some...

Panerai vs. Omega Watches (EVERYTHING You Should Know)

Confused between Panerai and Omega? Then you’ve come to the right place! Panerai is definitely a watch brand worth investing...

The ETA 2824 and 2836 are two of the most popular watch movements in the watch-making industry. Did you know?...

Anytime class and precision are required, Grand Seiko is instantly the name that comes to mind. Grand Seiko produces some...

Panerai vs. Omega Watches (EVERYTHING You Should Know)

Confused between Panerai and Omega? Then you’ve come to the right place! Panerai is definitely a watch brand worth investing...

Grand Seiko vs. Omega Watches [Here’s EVERYTHING to Know]

An overview of the Grand Seiko brand Grand Seiko is a Japanese watch brand that was started in 1960. Both...