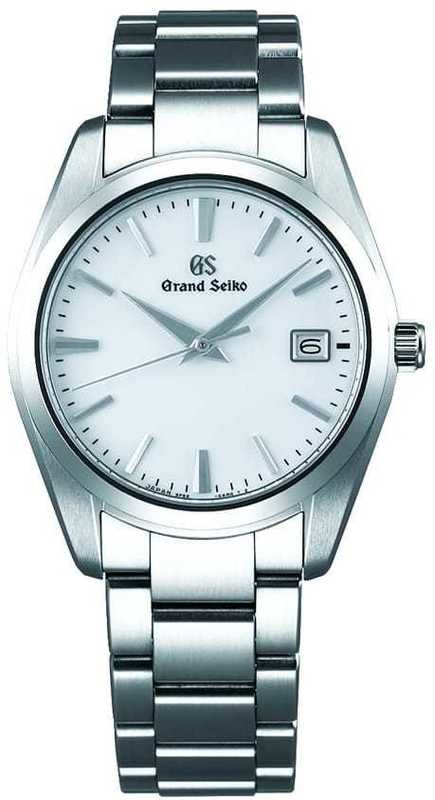 Availability: Out of Stock

This timepiece is currently sold out. If you would like to be notified when this piece is back in stock leave us your Name, Email, and Phone (optional) below.

The SBGX259 joins a number of other watches in Grand Seiko’s popular heritage collection. Also known as the SBGX259G, the Grand Seiko SBGX259 is very affordable, but this is not because Grand Seiko cut corners in quality or design while making the watch in any way. In fact, the SBGX259 was made, assembled and tested by hand by the same master watchmakers who make all the watches at Grand Seiko HQ in Japan.

Built with the extra accurate caliber 9F quartz movement system, the Grand Seiko SBGX259 isn’t just some time keeping fancy bracelet, but a timepiece created by master craftsmen for people of class who appreciate quality, craftsmanship, design, and it comes at a very pocket-friendly price. This particular watch was designed specifically for the male gender, but however, females who so choose can get it too.

Durability and longevity of a watch depends largely on the choice of material, and the quality of material used in producing its exterior. Grand Seiko is known for using the choicest of materials, and they didn’t act differently as far as the SBGX259 is concerned.

The casing of this watch is made from quality stainless steel, and it’s about 37mm in diameter, and 10mm in thickness. Attached to the casing are bracelets to fasten the watch to the wrist. The bracelets are made from steel and they come with three-fold clasp with push-button release to help unclasp or clasp it in place. The stainless-steel bracelet of about 205mm in perimeter and the casing weighs approximately 134.0 g. This weight is perfect, as you would barely notice that the watch is fastened to your wrist (No strain due to weight).

Covering and protecting the dial is glass made from sapphire crystals. This glass is scratch-resistant, and it is chemically coated on its inner surface to be anti-reflective. The case back of the watch has the lion emblem signature of Grand Seiko, and it is screwed to increase water resistance.

The movement system of a watch is like its brainbox, or better still, it’s OS (operating system). The Grand Seiko SBGX259 comes with a movement system that is very effective at the job its meant to do. Using a quartz movement system, the caliber 9F62 is the smallest caliber among the 9F series. Its portable size ensures that the case used in housing it isn’t too big in size. Its small size, however, doesn’t affect its effectiveness as a movement system. Using nine jewels, the 9F62 caliber is very accurate in timekeeping – with an accuracy of ±10 seconds per year. Furthermore, advancement in design enables the 9F62 to change the date in 1/2000th of a second (twinkle of an eye)

Finally, reduction in torque and stress ensures that the battery used in powering the quartz movement, caliber 9F62 lasts as long as 3 years. This is because the movement system utilizes very little power in running the system, while still maximizing output in terms of accuracy.

The Grand Seiko SBGX259 has some functions that make it different from just any other piece of watch. Of notable mentions are the following:

SBGX259 is built to be water-resistant. Rated at 10 bar, this wristwatch would work perfectly underwater to a depth of 100 meters. However, precautions should be taken when using your wristwatch underwater. Firstly, you shouldn’t attempt to turn the crown or set your time underwater. That can allow water to find its way through the new opening, and that may affect the effectiveness/accuracy of the watch. Also, resistance to water isn’t the same as resistance to liquid. Furthermore, another added function of the SBGX259 is its magnetic resistance. Watches contain a lot of metallic moving parts that can be affected by magnets. The SBGX259 is however built to resist magnetic fields, and this ensures that it stays as accurate as possible even when used near a magnetic field.

The display of the Grand Seiko is simple, yet classy. The clean white dial doesn’t have Arabic numerals, but the silver-toned hour markers are equally as effective to help this watch bearer read the time. The dial also houses a perfectly sized rectangular date window at the 3 o’clock position, while Grand Seiko ‘GS’ signature is written just below the 12 o’clock position.

The hour, minute and seconds hands are all silver-toned with the brushed finishing peculiar to Grand Seiko, while there are small but legible black markers to represent the 60 seconds scale.