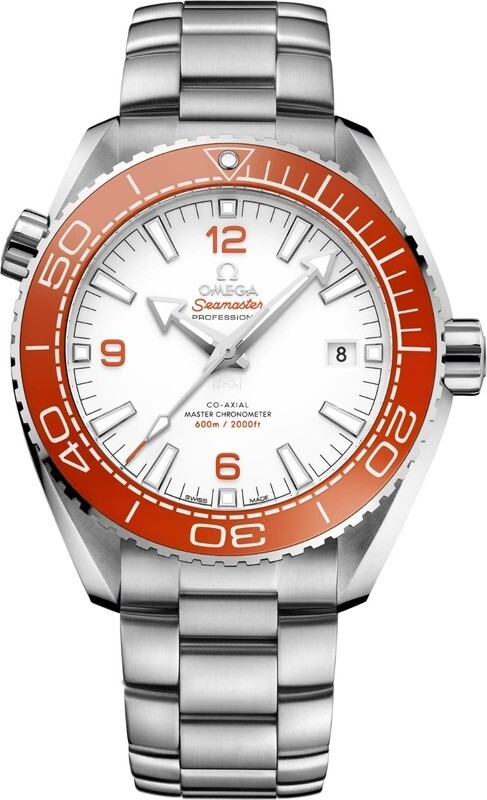 Innovative watchmaking is at the heart of Omega's heritage. For over 170 years, it has been inspired by space exploration, sports timekeeping, and cultural icons, such as James Bond and Elvis Presley.

Louis Brandt founded the Swiss luxury watchmaking company in 1848. In the following years, the firm developed revolutionary in-house manufacturing and a total production control system that enabled parts to be interchangeable. In the 20th century, the company continued to thrive under the Brandt family. By the 1970s, Omega became one of the world's premier producers of finished watches. Today, the brand is part of the Swatch Group and remains among the biggest names in the luxury watchmaking world. Owning an Omega timepiece guarantees a connection to rich history from all over the globe.

An Omega chronograph was the first watch on the moon, on the astronaut Buzz Aldrin's wrist. Since the 1960s, NASA has used Omega wristwatches on all manned space exploration missions. Omega has been the official timekeeper of the Olympic Games since 1932. Prince William wears an Omega watch that is a cherished gift from his mother, the beloved Princess Diana. Elvis Presley wore an Omega piece, and James Bond has worn one in every film since 1995, specifically the Seamaster collection.

The Seamaster collection finds inspiration in nautical themes and has an air of elegance and practicality. This model brings a dash of fun with the combination of bright white, confident orange, and timeless steel.

This stainless steel piece features a 43.50 mm wide case with a white ceramic dial. There are orange applied Arabic numerals, with a date window replacing the 3 o’clock position. Since the numerals are very prominent, the watch features only 12, 6, and 9 o'clock marks. Subtle but noticeable marks indicate the remaining points. The numerals and other marks are slightly raised, creating a varied texture. The thickness of this timepiece is 16.25 mm.

Since this is a fully-functional diver's watch, visibility in low light is essential. This is why Omega used two shades of Super-LumiNova to coat the time marks.

In contrast with the dial, the bezel is orange and inscribed with silver marks. It includes a diving scale filled with liquid ceramic and Super-LumiNova created through an innovative process. The bezel rotates, which makes it easy for divers to measure elapsed time. However, it's unidirectional, preventing divers from rotating it in the wrong direction and miscalculating dive times. The first quarter bears marks for each minute, while the remainder has 10-minute increments written in numbers. The marker is in the shape of a reverse triangle with a small circle inside.

This model features a screw-in crown with the Omega symbol located next to the date window. The crown is self-locking and screwed into the tube of the case, ensuring high water resistance. At the 10 o'clock mark is the helium escape valve, which allows helium to exit the watch when it's worn for professional use in pressure chambers.

A certain playfulness is created with the hour and minute hands, which have thick arrow shapes. In regular light, the inside is white, with a silver outline. In the dark, thanks to Super-LumiNova, the hour hand transforms into a neon blue color, while the minute hand becomes green, making them easy to distinguish.

The bracelet is made from stainless steel and has a patented extendable fold-over clasp and a diver extension. The width of the bracelet measures 21 mm between lugs.

This piece sports a domed scratch-resistant sapphire crystal with anti-reflective treatment on both sides. The crystal also exists on the other side of the watch, creating the window into the delicate mechanism.

The 8900 caliber self-winding movement with co-axial escapement powers this piece. The free sprung-balance with silicon balance spring ensures exact timekeeping, as well as anti-magnetic properties. Even magnetic fields greater than 15,000 can't affect the movement. It has a luxury finish with a rhodium-plated rotor and bridges that sport beautiful arabesque Geneva stripes.

The model provides an impressive 60-hour power reserve, and water resistance goes up to 600 meters. This model also sports a time zone feature.

To achieve Master Chronometer status, this timepiece has passed the eight rigorous tests set by METAS (The Swiss Federal Institute of Metrology), in addition to the COSC (Official Swiss Chronometer Testing Institute) certificate. This guarantees the Swiss watchmaking industry's highest standard of precision, performance, and magnetic resistance. Besides other striking features, it means that this chronometer has an accuracy rating of 0/+5 seconds per day.

Every new Omega watch comes with a five-year warranty covering the repair of any material or manufacturing defects.