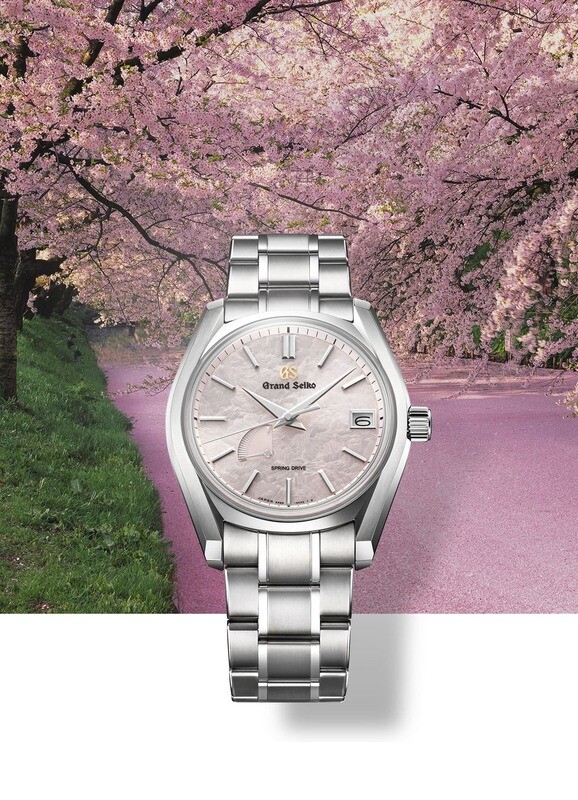 Grand Seiko has been making watches since early 1960, and now, almost sixty years later, they are yet to disappoint. In the summer of 2019, the Japanese watch giant released their four-seasons collection in Las Vegas USA, and a review of the watch proves that the watch company is yet to relax on high-quality principles when it comes to making watches. The Four-season collection is exclusive to the United States.

One of the watches in the four-seasons collection is the Grand Seiko SBGA413. Just like its other counterparts in this collection, it is exclusive to the US market, and it is a masterpiece of a watch. The Grand Seiko SBGA413 was designed to reflect what spring season looks like in Japan, and this is wonderfully depicted by the level of detailing in the design of this watch. Grand Seiko also decides to use it as a modern interpretation of its 1967 62GS automatic movement system, thereby producing a modern classic watch that speaks elegance and class.

The Grand Seiko SBGA413 comes with a case that is modeled after the 1967 62GS system which is the first self-winding model of the watch made by Grand Seiko. The high-intensity titanium made casing is 40.0 mm in diameter, and about 12.8 mm in thickness. To strap the SBGA413 on, a titanium bracelet is attached to the case, and it comes with a tri-fold clasp with a push-button for easy release. A screw-down crown is attached to the case, and the glass covering is dual sapphire with its inside surface protected with anti-reflective coating.

Beyond its beautiful display, the Grand Seiko SBGA413 has more enjoyable functions that is value for its price. The 2019 watch had magnetic resistance that prevents any deviation in accuracy even if worn to a magnetic field. It also has a water resistance rating of 10 bars (100 meters) The advantage of this, is that even at a depth of 100 meters in water or other liquids (excluding corrosive chemicals) the Grand Seiko SBGA413 will still perform at its optimum capacity. Furthermore, this eradicates the fear of wearing your watch in the rain, or even while swimming. Finally, its 72 hours power reserve is with this watch, and there is a display to keep tabs on this.

One of the unique things about the four-season collection watches, is the effort put in making sure the display of all its members are exquisite. The Grand Seiko SBGA413 is no exception, and its display is a testament to this. Its pink dial reminds you of the spring sakura season in Japan which is characterized by pink flower petals floating on water.

Although there are no Arabic numerals on the textured dial, polished silver index replaces them perfectly, and they contrast beautifully against the dial to optimize visibility. The hour, second and minute hands are also made from silver and given a brushed polished finish, and as is the signature of Grand Seiko, a gold-colored GD is sits on the beautiful dial. A small window is located at the 3:00 position of the dial from where the date is displayed, and a quarter of a circle power reserve indicator also sits on the dial to check the depletion of the power reserve. Finally, case back of the Grand Seiko SBGA413 has an exhibition window where the 9R65 caliber movement system can be viewed.