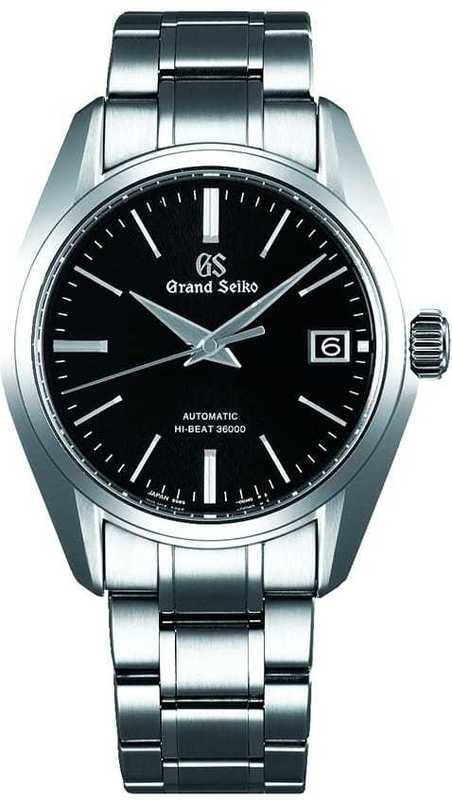 Grand Seiko was a concept created by a desire to design the best thing to ever happen in the watch industry - the “ideal” watch. Over the years, their products have impressed for its impeccable mechanics and style. Despite the rivalry with Swiss and German watch companies, Grand Seiko has been able to attract and retain watch enthusiasts from all over the world.

Keeping up to their reputation, Grand Seiko SBGH205 was released, and again instantly created the “ideal” watch.

The History of the Grand Seiko SBGH205

Since the 1960 edition of the Grand Seiko that started out the brand's journey, the company has sought to add value to the world of mechanical watches. They have also set new standards by disrupting the industry with their superior degree of chronological accuracy.

Their eventual obsession with mechanical precision and reliability in their watches led to advances. Watchmaking skills, the invention of new calibers, alloys and other components are just a few of those advances. The Grand Seiko's collection grew to include famous watches like the automatic 10-beat 61GS which later became the blueprint marker for the making of the Grand Seiko SBGH205.

Released in 2017, the Grand Seiko SBGH205 runs an improved high-beat 9S85 caliber, with 10-beat per second. This makes it run at a rate faster than other mechanical varieties of its time. With SBGH205, Grand Seiko strides on another landmark of quality in making the "ideal" watch - surpassing its own previous standards in the process.

Grand Seiko SBGH205 is a beauty of its own kind - an archetype classic watch on a metal bracelet. It houses a high-beat 9S85 caliber, a perfect and aesthetically formed Hi-Beat 36000. This surpasses its original 10-beat auto caliber watch 61GS of 1968 in many ways. First with its high precision created through sophisticated new-age technology. Second with the MEMS technology which affords the caliber a new escape wheel and pallet.

The SBGH205 balance spring is composed of another newly developed highly shock resistant and anti-magnetic alloy “SPRON610”. The new components significantly contribute to its high accuracy and reliability in performance. It is arguably the most precise timekeeping piece in the industry with an accuracy of -3 to +5 seconds per day (+8 to -1 seconds per day on a normal day usage).

What more apart from its key element of accuracy? Well, its black dial creates a strong impression with a delicate and beautiful radial pattern. It is inspired by the many rigid contours of Mt. Iwate. This mountain is visible through the windows of the Shizuku-Ishi Watch Studio where Grand Seiko mechanical watches are made. The watch is comfortable and has a water resistance ability of 10 bar.

Finally, it comes with a handy guide called “Mechanical Watch Movements Handbook by Seiko”. Published in both the English and Japanese languages, this book describes with text and illustrations how the movement works, how to care for the watch and how to live with it properly. The guide is interesting, in-depth, and user-centered.

The Grand Seiko SBGH205 has a finely polished stainless-steel case of 40.2mm diameter and 13mm thick, with a dual-curved sapphire glass. It has a 37-jewel bracelet band of 195mm perimeters with a three-fold clasp with push-button release.

This classic beauty runs an Hi-Beat 9S85 caliber, an automatic movement with manual winding capacity. Although it has an energy-consuming characteristic, it still reserves approximately 55 hours of power. It boasts an accuracy of +5 to -3 seconds per day (when static) and +8 to -1 seconds per day (normal usage accuracy).

An incarnation of an original design, it has an improved water resistance capability of 10 bar, magnetic resistance, and weighs only 151.0 g making it a comfortable gear on your wrist.

The dial is a black pattern inspired by the Mt. Iwate, with the date window display on the 3 o’clock hand. The case back is a screw, see-through with the lion emblem. It has a screw-down crown and a stop second-hand function.

The Grand Seiko is either something to you or nothing at all. In Japan, it's a form of national pride! Its high-end watches are reputable for quality and reliability.

The key takes here is accuracy, durability, easy style and usability. Grand Seiko SBGH205 - like their quartz, spring drive, hi-beat watches - is a luxury to have! You don't see a more precise mechanical watch in the market than Seiko's. It's got purpose and poise, a personality for you!

You can get your Grand Seiko SBGH205 at Exquisite Timepieces. We are authorized dealers of luxury brands. We also pre-owned watches of any brand. Trust us, there is no better place to get your timepieces than from us - even if we do say so ourselves.