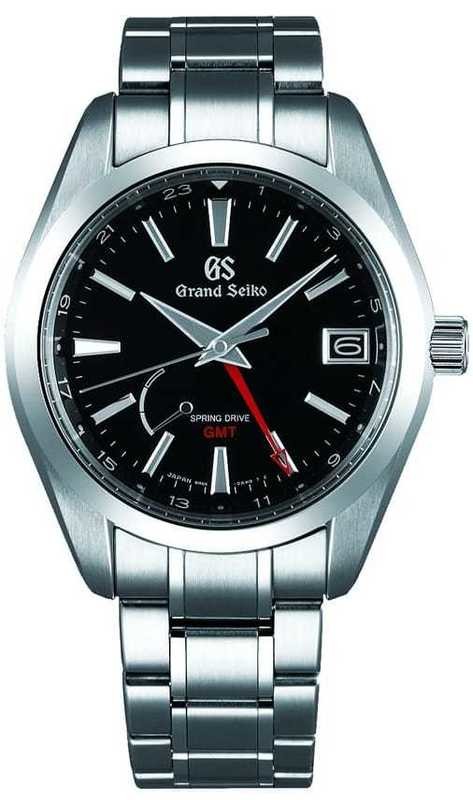 Grand Seiko SBGE211 is one of the watches announced by the Japanese watch giant in their Heritage collection series. The idea started in 1977 when a young engineer named Yoshikazu Akahane started experimenting to make watches that generated more power and more accuracy than the conventional quartz movement. After about 21 years of research, he finally achieved successes which led to the release of the very first version of spring-powered movement watches in 1999. Almost two decades later now, the watches in the Heritage collection including the newly added ones, and the Grand Seiko SBGE211 are still classic and as relevant as any other exquisite GMT watch.

The Grand Seiko SBGE211 has so many exciting features that make it a distinct watch, and its design is unique as it’s the signature of most Grand Seiko watches. The attention to detail is still a thing of marvel at, and although Grand Seiko is a little private about their design process, it is believed that each watch in this collection including the SBGE211 were handcrafted by their master watchmakers.

Design is paramount to Grand Seiko, and they didn’t disappoint with the Grand Seiko SBGE211. The major material used in the making of the SBGE211’s casing is Stainless steel. The casing which is about 41mm in diameter and 13.8mm in thickness is brush polished into a mirror finish. Weighing about 157.0g, the SBGE211 has both screw case back, and also screw-down crown which makes it more efficient and less prone to sudden

To aid easy fastening of the watch to the user’s wrist, a stainless-steel bracelet is attached to the casing with a perimeter of 197mm, and it also sports a brushed finish. For the easy release of the fastened bracelet, Grand Seiko attached a three-fold clasp enabled with push-button release to the limited-edition watch’s band. Finally, another unique thing about the exterior of the Grand Seiko SGBE211 is the protective glass covering. The glass is made from dual-curved sapphire, and it is protected with an anti-reflective coat on its inner surface to protect the dial.

The Grand Seiko SBGE211 is one of the watches powered by the spring drive automatic movement system, 9R66 caliber of Grand Seiko. The spring drive is one of the unique watch technologies exclusive to Grand Seiko. Having about 30 jewels, it combines its ability to generate power with a specially designed electronic regulator to deliver a higher level of precision that can’t be matched by other mechanical watches.

Another wonderful functionality of the Grand Seiko SBGE211 is the fact that it is water-resistant. Rated 10 bar, the watch can be worn as far as a depth of 100 meters in water. This eradicates the fear of water splashing on the watch while doing shores that brings one in contact with liquids, or when you wear it in the rain.

Perhaps, the most interesting function of the SBGE211 is its independently functioning hour hand. As a true GMT watch, the Grand Seiko SBGE211 has a second hour hand that can be set to any time zone of choice. It is completely independent, and this allows it to work concurrently with the normal hour hand, giving the user the ability to easily check two times on one watch.

Finally, as mentioned earlier, its 9R66 caliber system gives it a power reserve of 72 hours which is also an amazing feature of the Grand Seiko SBGE211.

One of the things Grand Seiko is known for is the beautiful design of its display which is always eye-catching and inspiring. On the Grand Seiko SBGE211, the Japanese watch giant did not disappoint at all. The black circular dial reminds you of the beauty of the night, and although it has no Arabic numerals, the silver indexes used as its replacement are accurately placed and bold enough for easy visibility.

Three silver hands for hour, minutes and second sits on the dial gracefully, and another red hour hand sits alongside them to help the user determine the time of another time zone of their choosing. A date window is located in the 3:00 position of the watch, while the signature GS logo of the watch sits just below the 12:00 mark.

A quarter of circle analog indicator is designed on the dial to help the user read the depletion of the power reserve, not to mention the 24-hour bezel which encircles the dial beautifully.

Finally, the back of the watch’s casing is designed in a see-through manner that allows the user to view the 9R66 spring drive movement in motion as it works.