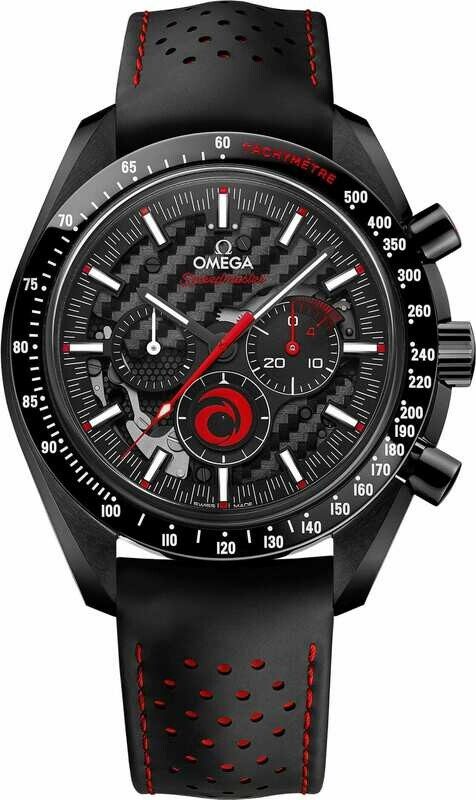 Omega began making watches in 1842 when Louis Brandt founded the company in Switzerland. Initially, the company was known as La Generale Watch Co, a company that produced pocket watches from assembled parts provided by artisans. After the founder's sons started an in-house manufacturing plant in 1894 that allowed for the production of parts and, following the brand's success, the mother company allowed Omega to roll out as an entity on its own in 1903.

Since its inception, Omega has curated iconic watches that fit into the lifestyle and needs of different people. Of notable mention amongst these watches is the Speedmaster model.

In 1962, a group of astronauts visited a watch shop in Houston, Texas, and left with the Omega Speedmaster model. These privately purchased watches followed them on their Mercury space flight voyage. Eventually, NASA decided to test watches to certify which ones were fit for space. After a destructive test was carried out on several brands, a Speedmaster watch by Omega was declared the winner and approved for all types of space voyages in the year 1965.

Astronaut Buzz Aldrin wore an Omega Speedmaster Chronograph watch to the moon in 1969. This was the first watch on the moon, hence why the Speedmaster is also called the Moonwatch.

Omega, as a brand, has also been involved with the sports world. The brand is relied upon for accurate timekeeping by sports organizations, such as the Olympics, boat rowing, et cetera.

Last year, Omega announced that it was partnering with Swiss boat racing team Alinghi. To seal this partnership, Omega released the Speedmaster Moonwatch team Alinghi (311.92.44.30.01.002). It combines a technical look while incorporating details from the design of Alinghi boats.

Omega has always been particular about the material used in manufacturing their watches. It's probably one of the reasons why the Swiss company has lasted as long as it has.

The Speedmaster Moonwatch team Alinghi is enclosed in a 44.25mm black zirconium oxide ceramic case. Zirconium has so many properties that ensure that the case is durable. Some properties include low thermal conductivity, high mechanical resistance, high-temperature resistance and expansion, and chemical resistivity. The bezel of the watch is also made from the same material as the dial.

The strap of the watch is made from rubber – a water-resistant material. The strap comes with a ceramic pin buckle to help fasten it in place. Covering the dial's content is a domed, scratch-resistant sapphire crystal that is chemically coated on both sides severally to make it anti-reflective.

The Omega Speedmaster Moonwatch team Alinghi 311.92.44.30.01.002 uses a manual winding movement system. For this particular watch, Omega caliber 1865 is used. This caliber is based on the improvement of the previous Omega 1861. It employs the use of 18 jewels at a frequency of 21600 per hour to perform its duty. It is hand-wound, has a diameter of 27mm, and a power reserve of two days (48 hours).

Although the Speedmaster Moonwatch Alinghi is said to have a black dial, it almost has no dial. The watch's face is a product of laser ablation to create a carbon texture on the main plate of the movement itself. This display is greatly influenced by the colors and materials used by the Alinghi sailing team.

The bezel of the watch has a tachymeter scale with super-LumiNova for easy display in darkness. The floating inner flange on the dial has index hour and second makers.

Other feature of the display includes a twelve-hour recorder with a sandblasted and anodized aluminum disk featuring the Alinghi logo as its hand, a thirty minutes chronograph with a four to five minutes recorder in red color for accurate regatta timing in water, and an open-worked seconds subdial at the nine o’clock mark.

Finally, on display, the Speedmaster Moonwatch Alinghi's back case is transparent, offering a view of the movement system.

A lot has been said already about the design and the quality of materials used in making the Omega Speedmaster Moonwatch Team Alinghi 311.92.44.30.01.002. Aside from this, the watch comes with some functions that make it a perfect timepiece.