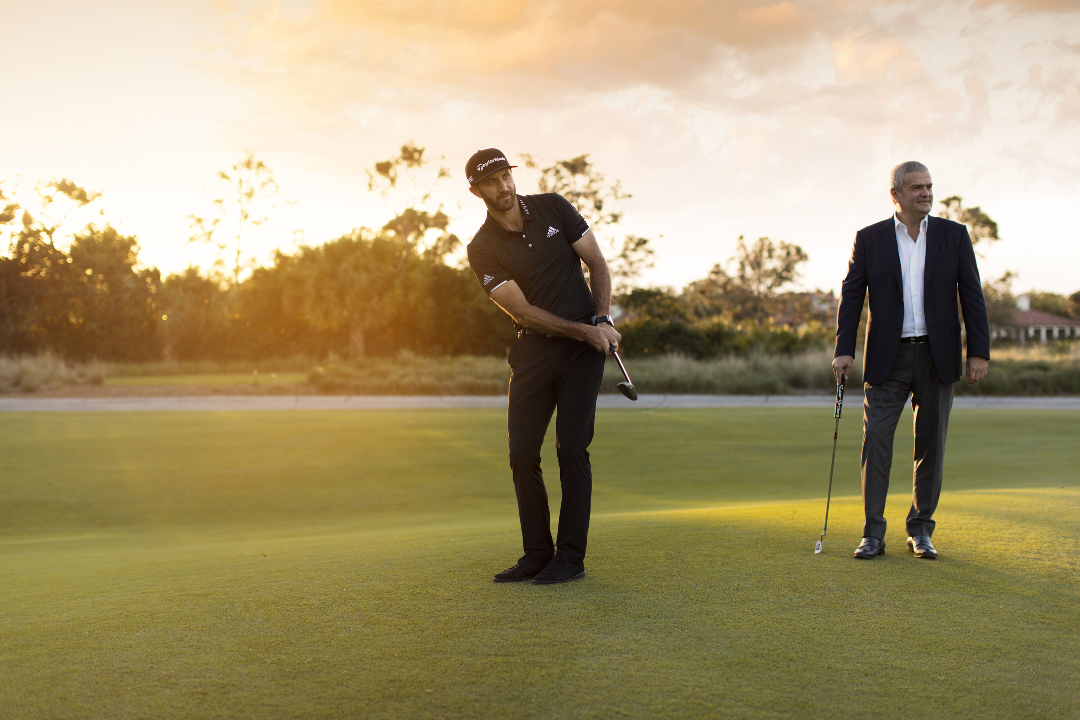 2016, the start of a bright future for Dustin Johnson. Gaining his first Major title with victory in the US Open 2016, DJ confirmed his star status in the discipline, rising to the world number     1 spot in 2017. At 32, the American champion joined the ranks of Major winners and became a friend of Hublot. An explosive athlete whose steely determination and resolve have been rewarded.

He is considered the most gifted and athletic player on the circuit, thanks to his ultra-powerful, precise drives and his superb skills on the putting green. His peers have long known him as the best player in the world never to have won a Major title , and voted him Player of the Year  on the PGA Tour in 2016. A much-deserved accolade in recognition of 10 years during which Dustin Johnson has played with an extraordinary determination, confirming the notion that champions are simply those who never give up.

“I am honored to join the distinguished list of Hublot Ambassadors, especially since I have always been such an admirer of their timepieces. Each one is so unique, unlike many of the other luxury brands, which I appreciate and enjoy. I am very excited

about the partnership and hope to hoist a few trophies with a Hublot on my wrist.”

At 32, Dustin Johnson, otherwise known as DJ , has entered the annals of golf to join the select group of Major title winners. His talent has finally been rewarded with victory. Gaining his first Major tournament title with a win at the US Open in August 2016, DJ enjoyed an exceptional season. He also won the World Golf Championships-Bridgestone Invitational and the BMW Championship. As part of the American team, he brought the Ryder Cup back to his country eight years after they last triumphed over the Europeans. Having amassed an impressive Top 10 record, 2016 saw Johnson confirm his status in the discipline, rising to the top of the rankings and winning the PGA Tour Money List. At the peak of his prowess, he confirms his number 1 position in winning the World Golf Championships- Mexico.

The Hublot family brings together men and women who have altered history. Exceptional athletes who have left their mark on the history of sport. The fastest man alive, Usain Bolt; footballing legends Pelé and Maradona; charismatic football manager José Mourinho, and many others. And now, Dustin Johnson has chosen Hublot, a perfect match between the watchmaker symbolising the art of fusion and the man blazing a trail through professional golf.

Check out the watch that Dustin chose